Trebujena, located close to the mouth of the River Guadalete and Moorish in origin, possesses a unique landscape alternating a view of wetlands with a sea of gentle slopes of albariza soil covered in vineyards. 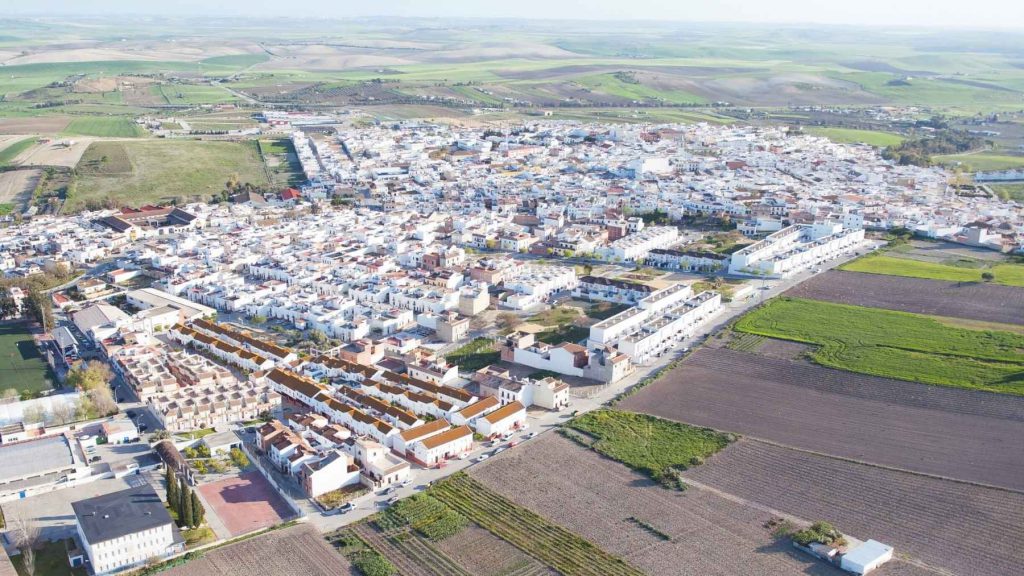 The first thing to hit you about the town centre is the stunning whiteness of its buildings and its long, open streets. Its nerve centre, the Plaza Mayor, provides the venue for all the important events held in the city, dominated by the fifteenth to sixteenth century chapel of Nuestra Señora de Palomares, which houses the figure of the patron saint of the city, the Cristo de la Veracruz.

Almost nothing remains of its primitive Moorish castle built towards the end of the thirteenth and beginning of the fourteenth century, just a few stretches of walls and battlements still to be seen in the old Central Market.

Between wetlands and vineyards

The wetlands of Trebujena have become a privileged region for birdlife, especially the area included in the Doñana National Park. The concentration of numerous endangered species of birds have made it one of the most important natural protected areas in Andalusia. It was the unique beauty of the area led Stephen Spielberg to film his epic “The Empire of the Sun” here in 1987.

The wines of Trebujena are registered in the Denomination of Origin Jerez-Xérès-Sherry and Manzanilla de Sanlúcar. Trebujena is famous for its young mosto wines, which are best savoured accompanied by its delicious shrimps or its famous elvers.