THE WINE AND BRANDY ROUTE OF MARCO DE JEREZ

Sherry wines are the result of the mark left on the region by a series of very diverse cultures, often very distant in their origins.

Distant civilizations that over the centuries, seduced by the land, have each made their contribution to the development of a territory and a product that in modern times represents a truly identifying feature of the region. An understanding of the history of the Region is fundamental if we are to fully comprehend the authentic personality of sherry.

The very first mention of wine from the region comes at the hand of the Greek geographer Strabo in the 1st century BC. In his book Geography (volume III) he writes that the first vines were brought to the Jerez Region by the Phoenicians in 1100 BC.

The remains of wine-presses unearthed during the excavation of an archaeological site of Phoenician origin at Castillo de Doña Blanca, located just four kilometres from Jerez, confirms that the same people who founded the ancient town of Gades (modern day Cádiz) also introduced the art of cultivating vines and the production of wine.

The Phoenicians, a nation of merchants, produced and later distributed wine throughout the Mediterranean and named the region where Jerez stands today as Xera. During those times sherry acquired one of its main characteristics, one that has continued to be an identifying factor over the centuries: that of being a wine that “travels well”. 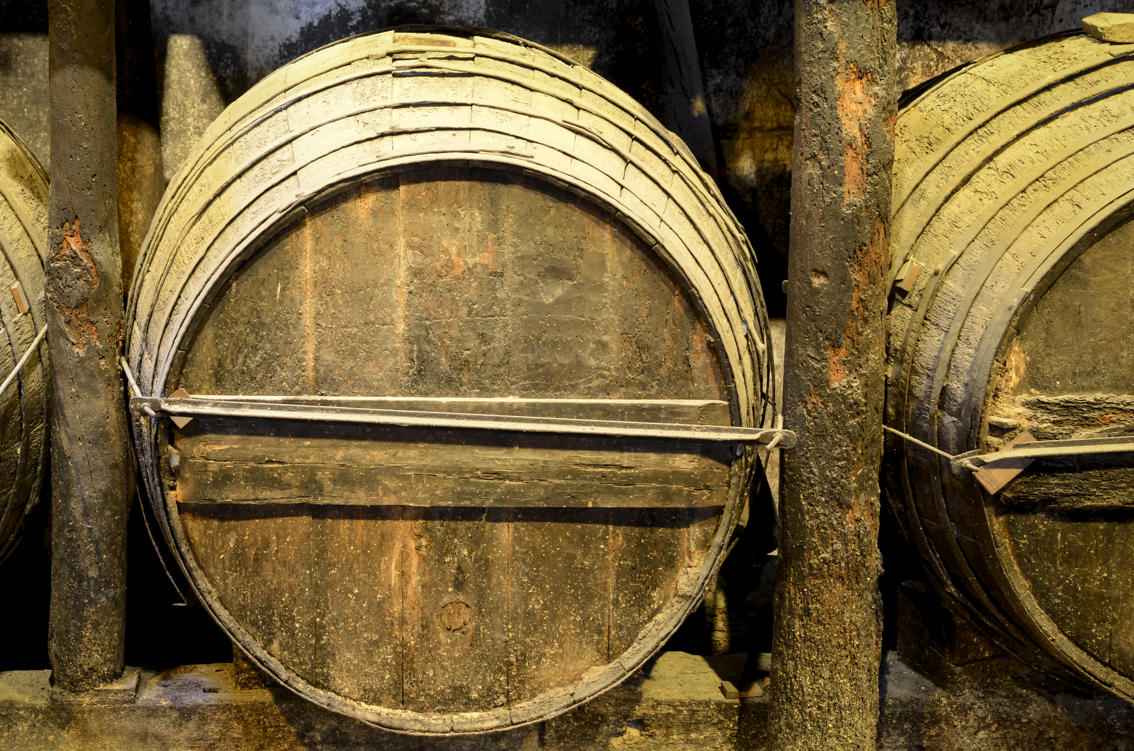 Sherry during the “sherish” era

The region continued to be an important centre of wine production during the five centuries of Moorish dominance in Jerez,

Despite the fact that the Koran expressly prohibits the consumption of alcohol, wine continued to be produced under the pretext of its use for medicinal purposes or to produce perfumes and ointments.

Even in the face of the decision by the Caliph Al-Haken II to uproot the Jerez vineyards, these managed to be saved by alleging the grapes were in fact used to produce raisins that fed Moorish troops fighting against the Christians in the Holy Wars of the time.

Sherry after the Reconquest

Jerez was reconquered in 1264 by Alfonso X, converting the city into the frontier with the Nasrid kingdom of Granada. Hence the Christian name of the city, Xeres de la Frontera.

During these times a reward system for conquest was introduced by which the Crown distributed tracts of land on the basis of social prestige and merits achieved. Mainly land used for cultivating vines and cereals, as they were considered highly valuable crops at the time.

Sherry began to be shipped to England in great quantities

During this period sherry was in great demand in England, where it was known by the old Moorish name for the city, “Sherish”. Thanks to a bartering agreement between England and Spain, English wool for sherry, these wines became even more popular amongst the English.

From this moment on, the Jerez vineyards became a true source of wealth for the kingdom of Spain, to the extent that a Royal Decree of 1402 prohibited the uprooting of even a single vine.

Sherry in the Modern Age

Sherry, so far only exported to Europe, underwent a flourishing period of growth thanks to the discovery of America towards the end of the 14th century.

The proximity of Jerez to the “Casa de Contratación” in Seville, the sole institution authorized to administer these new lands and commerce with the same, meant that sherry became an essential part of the provisions on vessels sailing to America. 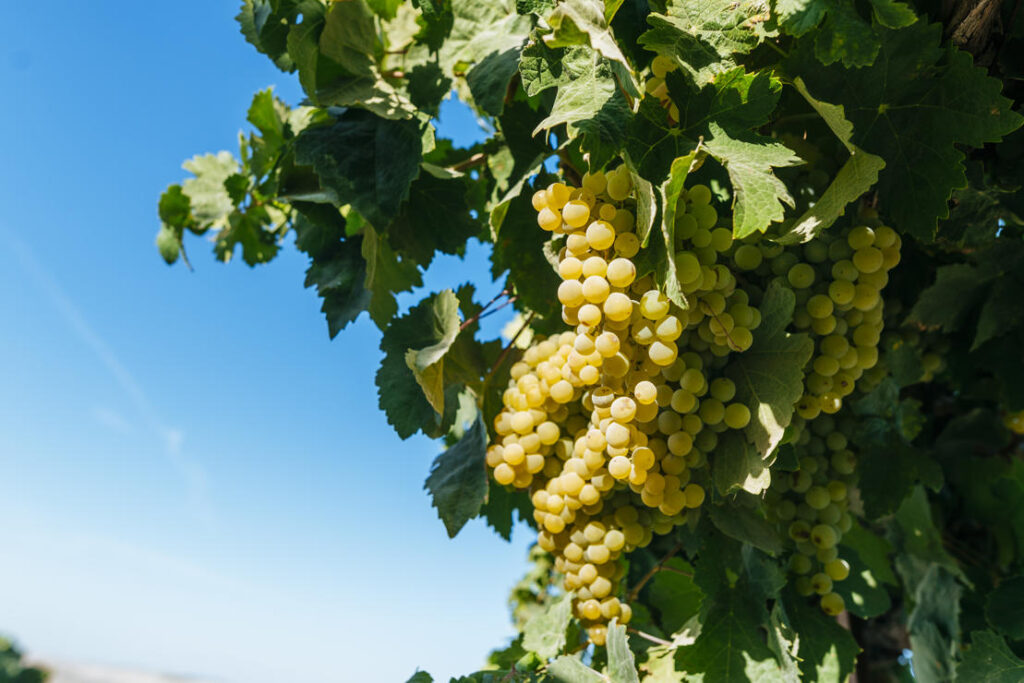 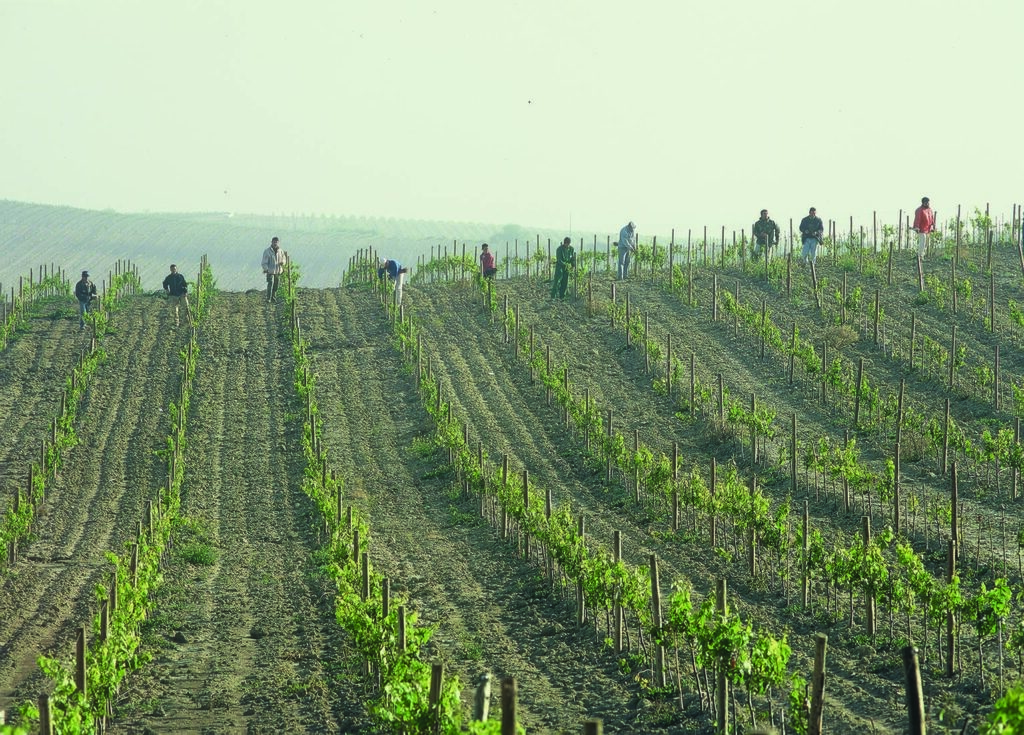 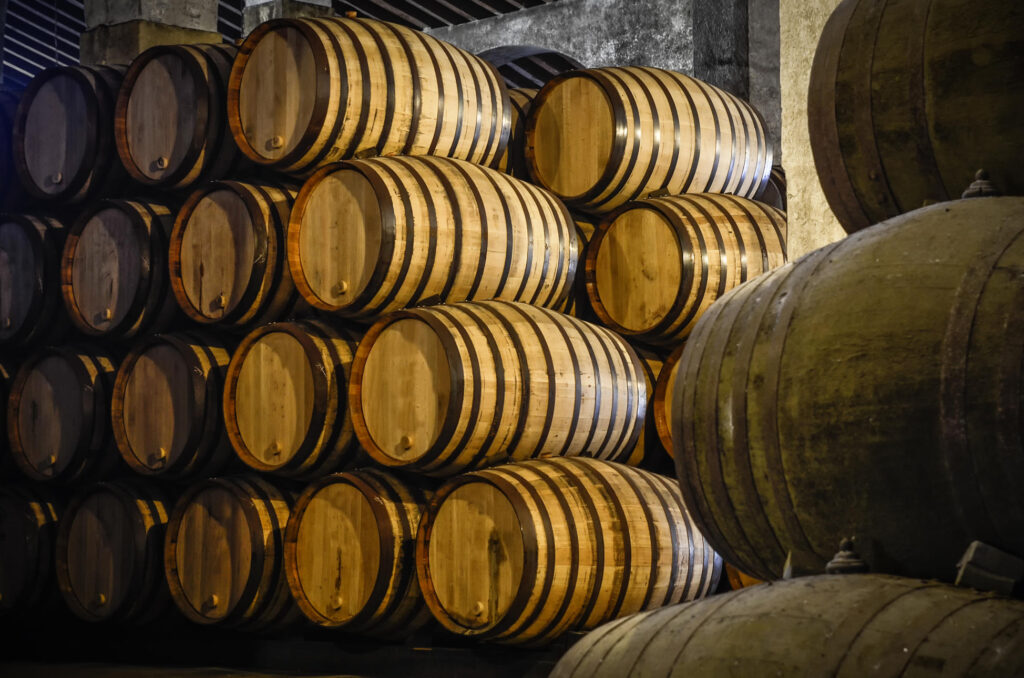 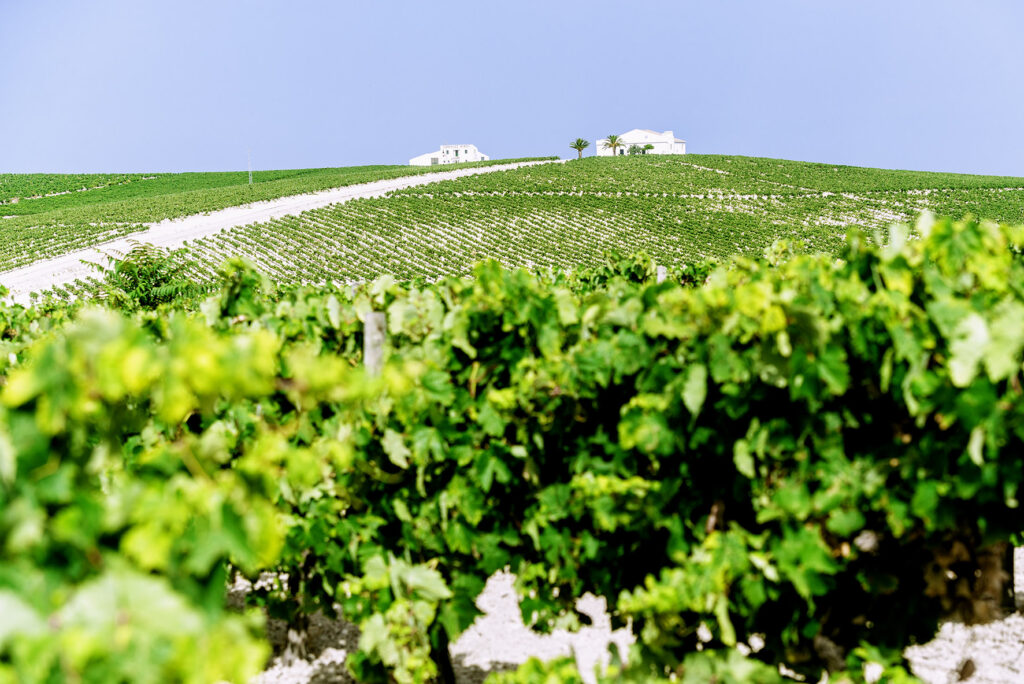 Quotations from the works of well-known authors and playwrights of the age, such as Shakespeare, give us an idea of the popularity of sherry during this period

The personality of sherry was forged during this period. Consumer tastes underwent a change, especially those of the English, from favouring light pale wines to those dark strong and aged. The need to produce these types of wines and, moreover, consistent in quality, led to the creation of the ageing method known as Criaderas y Solera

This is also the age of the great ageing bodegas. In an attempt to conciliate ideal architectural conditions for ageing wine with the neoclassical aesthetic prevalent at the time, exporters such as Gordon, Lacoste and Haurie commissioned the great sherry bodegas that, even today, remain one of the greatest attractions of the Jerez Region.

Sherry and both national and foreign investment

Despite the fact that British merchants purchased a large part of the sherry produced each harvest, their investment in the region was minimal. This was left to Spanish businessmen such as Antonio Cabeza de Aranda (brand CZ), Carlos Bahamonde and José López Martínez or French nationals naturalized as Spanish citizens such as Juan Haurie and Juan-Pedro Lacoste who invested in the construction of large bodegas for the production of sherry.

The Sherry trade grew thanks to investments from colonists returning from America, British merchants resident in the area and Spanish businessmen

After the wars against England and the Spanish War of Independence, the sherry industry prospered thanks to investments from indianos, colonists returning to Spain after the independence of the American colonies, such as Benigno Barbadillo, Vicente-María de la Portilla and Antonio Ruiz Tagle, British merchants resident in the area or recently arrived there, such as Mackenzie, Williams & Humbert and Sandeman, along with Spanish businessmen such as Juan Sánchez (founder of Sánchez Romate), León de Argüeso, José-Antonio Sierra, Cayetano Ñudi (Delgado Zuleta), Antonio Fernández de Valdespino, Eduardo Hidalgo, Manuel-María González Ángel (later in association with con R. B. Byass).

Sherry in the 20th Century

Towards the end of the 19th Century a plague of phylloxera devastated the vineyards of the Jerez Region, providing the worst blow ever suffered in the history of winegrowing. By the time the insect reached the Jerez vineyards, however, the only possible remedy had already been discovered, that of uprooting all the vines and replanting with varieties of American rootstock resistant to the insect that caused the disease, then grafting local varieties onto the rootstock.

Recuperation of the Jerez vineyards was rapid when compared to other regions in Europe and provided the definitive selection of grape varieties still used to make sherry today.

During the early 20th century, however, the problem of sherry substitutes appeared on the scene. The British, who had exported their taste for sherry to their colonies around the world, began to grow vines and make wines similar in style to sherry, which they called “Australian Sherry”, “South African Sherry” and “Canadian Sherry”. This is the context that led to the important concept of the Denomination of Origin. 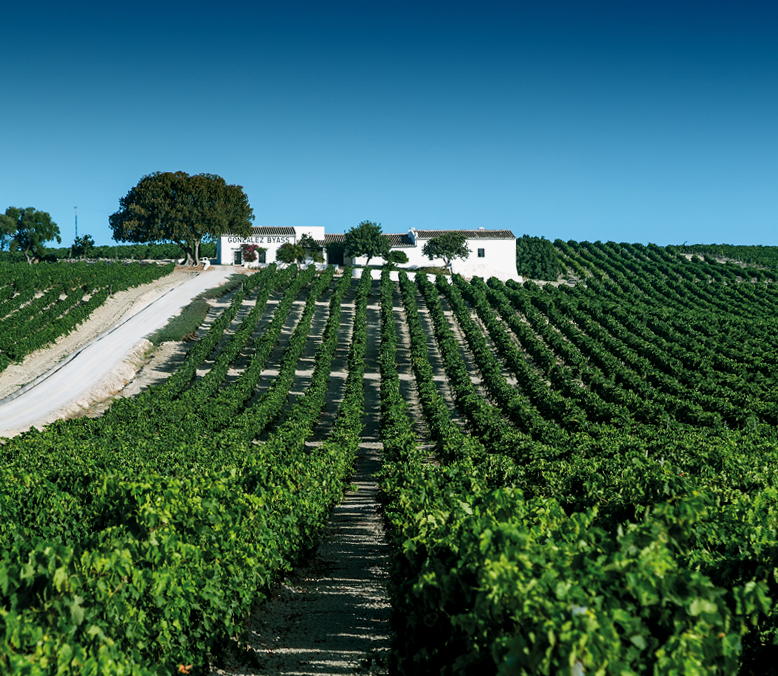 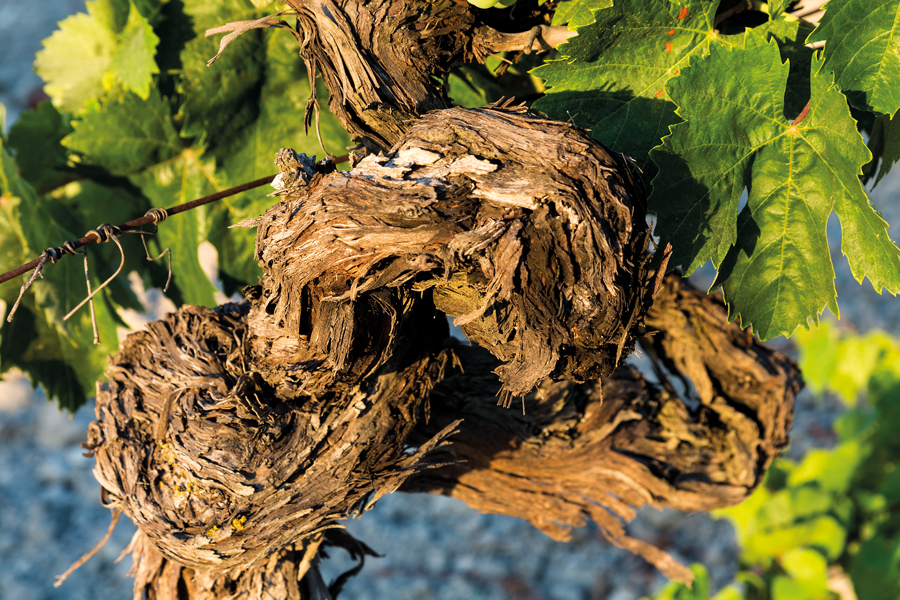 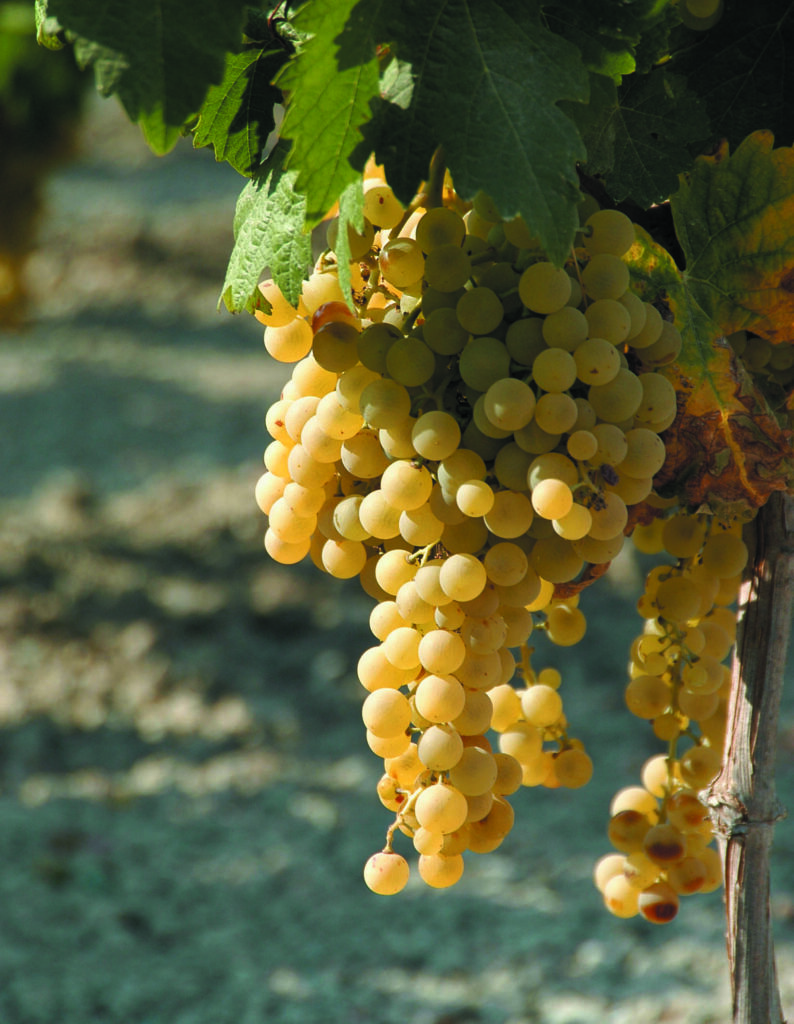